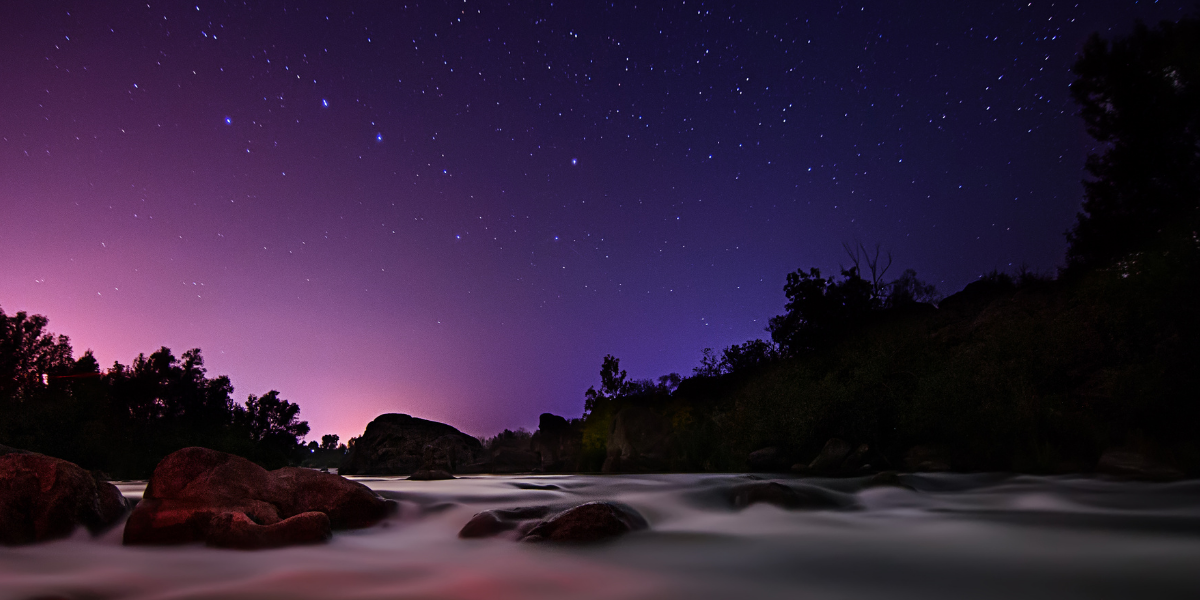 I am no stranger to the beauty of space. There exists some strange force which occasionally pulls me out into the dark, bidding me to look up at the stars. Like a moth drawn to flame, I hover in the night; transfixed by the expanse of stars which scintillate above.

Standing there—a small, inconsequential fleck against the canvas of the Milky Way—I am suddenly struck by the enormity of What Lies Beyond. Sometimes (admittedly, usually after a glass of wine), it is enough to make my eyes sting with tears. I do not think I am alone in this; we silly little creatures have always been in love with the stars.

Scientific advancement has stoked the flames of our dalliance. Perseverance—both of character, and the robot—has afforded us a real look at Mars. It has been drawn into focus as a real, tangible possibility, rather than the subject of fantastical daydreams. I must admit, my breath caught in my throat when I saw the Red Planet in high definition. There is something oddly familiar, yet utterly disconcerting, about a little robot trundling across a barren hunk of space rock.

While our search for life beyond earth is a thrilling endeavour, I struggle to conflate it with what is happening to our own planet. Is it possible that we are so intent in our pursuit of greener grass that we have forgotten to water our own…?

Yes, water: the most exciting discovery one could make on a new planet. Water means life. It underpins our biological function, our ecosystems, our livelihoods, our existence. Yet the water in our own back gardens runs rancid; rivers are dying before our eyes. 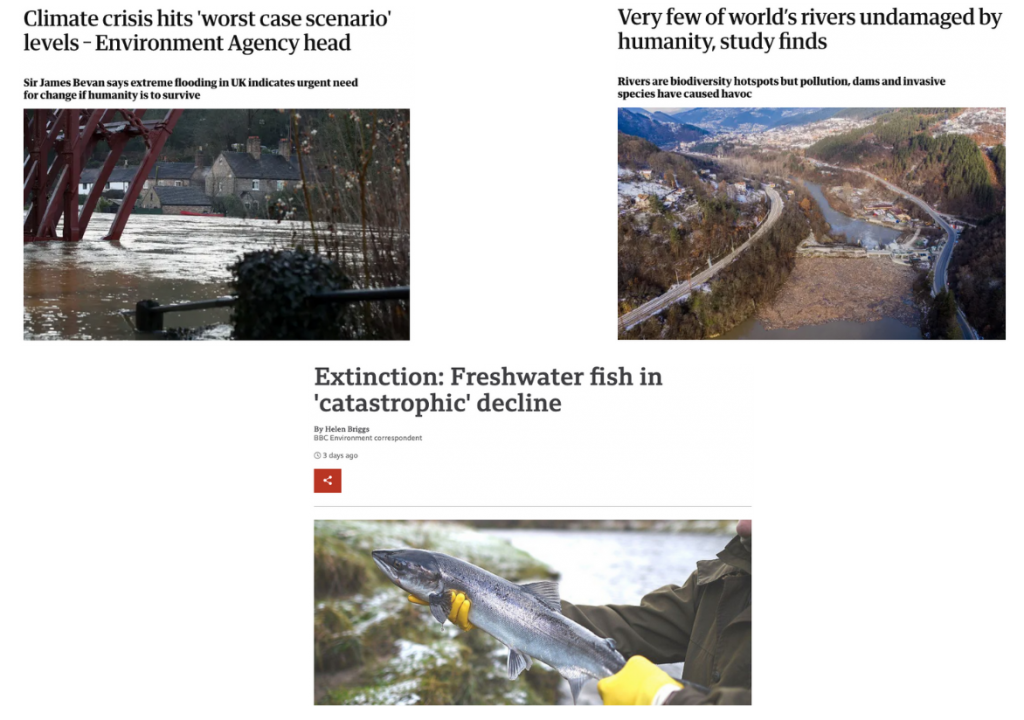 On the day Perseverance landed on Mars, we learned that very few rivers have escaped damage at the hands of humanity.

The most comprehensive study to date found that just 14% of the world’s river basin area contained fish populations which had avoided ‘serious damage’ by our hands. We have built dams and weirs across their ancient migratory routes; we have polluted their water, choking them with a toxic cocktail of pharmaceuticals, sewage and plastic; we have introduced invasive species, forcing them into competition against an alien foe. In truth, I’m surprised there are any fish left at all.

Five days after Perseverance touched down, we awoke to news that freshwater fish are suffering devastating declines. ‘Devastating’ fails to convey the true horror of the situation; migratory fish populations have dropped by 75%, while ‘megafish’ have all but vanished with declines of 94%.

Alarm bells should be ringing. Around the globe, people rely on freshwater fish, both as a vital source of protein and as a livelihood. They represent an irreplaceable cog in the whirring machine which props up our civilisation. For our government to live in full knowledge of these catastrophic declines, while failing to take decisive action to combat them, is criminal. What, precisely, is the plan? To hope that we are dead and gone by the time the last fish gives up the ghost? To write off all the species we will lose subsequently, and watch with apathy as the consequences of vanishing fish populations shake neighbouring ecosystems to their core?

That afternoon, we were warned that recent floods had reached ‘worst case scenario’ predictions. Over summer, when droughts have us in a chokehold and flooding becomes a distant memory, we will continue to burn the peatland, and strip the uplands of their vegetation. We will build on floodplains, and tarmac over wetlands. We will fell the trees, and erect carparks in their place. Come winter, when our towns and villages disappear beneath a tide of floodwater, we will point our fingers at rivers.

We will dredge them, straighten them, embank them—crossing our fingers and holding our breath in hopes that this will save us from the flood. Tired and scarred, they will let go of their natural meanders—channelling water faster and faster towards unsuspecting dwellings downstream. We will make a villain out of rivers, justifying our treatment of them as a rational retaliation.

Like children whose attention is easily won by a new toy, we marvel at photos of desolate planet, hundreds of million miles away. Back on earth, raw sewage continues to pour into rivers. The veins of our countryside have gone septic, contaminated with human excrement. As we wonder about the possibility of life on Mars—life supported by water, the foundation of our existence—our own lifeblood sputters out with a whimper.

We cannot untangle ourselves from rivers; their demise and ours will be suffered hand-in-hand. I am no stranger to the beauty of space—but we are living through death on Earth.

Check out some of my other articles

What the Buzz is a Commercially Produced Bumblebee?

We need to talk about conservation

Wild and Live with Patrick Aryee